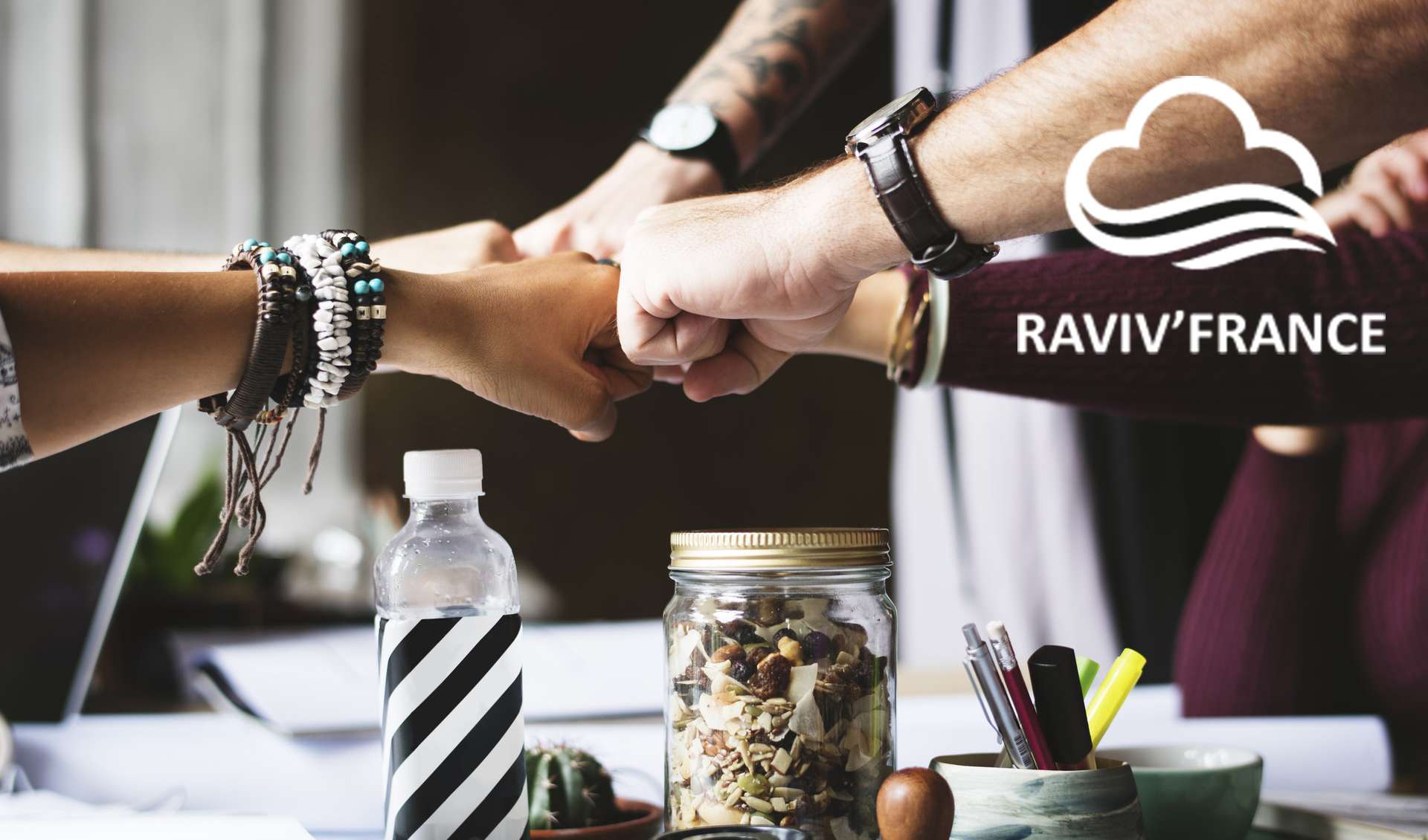 Raviv’France (A Branch of Revive Israel) is a multi-purpose ministry team, based on the examples of both Jesus and Paul. Jesus had His twelve disciples and Paul likewise had his ministry team. Our team aspires to function as a “five-fold” or “apostolic” ministry as well, each member being trained for the full release of his or her gifts and callings for the sole purpose of building up the Body of Messiah.

And He Himself gave some to be apostles, some prophets, some evangelists, and some pastors and teachers for the equipping of the saints, for the work of ministry, for the edifying of the Body of Messiah… (Ephesians 4:11-12)

This is not a list of giftings (as in Romans 12 or 1 Cor 12), but a description of people whose primary sense of identity and calling is found in these ministry areas, which are foundational to the whole Body of Christ. There may be all manner gifts which are manifest in every believer, but this does not necessarily qualify for the 5 Fold Level office of the same gifting. This distinction is not always a direct indication of one’s devotion, anointing, or ability, but rather a recognition of the level of gifting and authority in that sphere.

A 5-Fold level man or woman’s ministry will:

Equip many saints for the work of ministry, often reproducing the same gifting in others—e.g, teachers producing teachers.

Bring greater unity to the Body, not causing spiritual pride and schisms.

Bring a sense of maturity and stature to the Body, even approaching the “fullness” of Messiah—the one who is both the Head of the Body and the one who desires to fill it with the fullness of Himself (Eph 1:10,23)

God’s highest purpose is for these 5 ministers to be working together on a team, characterized by relationships of mutual submission (Eph 5:21). Often, this full stature of maturity has been missed because of the lack of this kind of teamwork. No one—no matter how gifted and dedicated—can manifest the fullness of the 5, which is ultimately an expression of the fullness of the Lord Himself. His person and character is the source of these ministers, and the only one in whom all find their full expression.

In describing the functions and distinctions among the 5 ministers, it is useful to ask: what is his or her deepest passion for serving God? What is their highest sense of the will of God for the Body of Christ?

The apostle has a passion for the big picture; to see the whole 5-Fold team functioning in its fullness. He is often one who is sent to govern and provide spiritual oversight to local congregations and ministries. This role also includes guiding local leadership in areas of vision, goals, accountability and correction. He (or she) tends to be a pioneer, constantly looking to lay apostolic foundations in new territory for the Kingdom of God. He is not a loner, but the 5-Fold team leader; like the Apostle Paul, he has enough of a sense and gifting of the other four ministries that he is able to effectively lead and hold the team together in dynamic unity. Apostles should be held to the highest level of integrity and mutual accountability with other leaders walking in a similar level of authority.

Today, much of the Body of Messiah around the world believes that there are no longer such people, that this ministry office was only available in the earliest church. But, just as with the baptism and gifts of the Holy Spirit, scripture nowhere teaches that God intended these things to be temporary or only useful for a certain time. We do acknowledge that there is a difference between the Apostles that were commissioned by Yeshua Himself and the apostles of our day. Only the 12 were given the authority to lay the eternal doctrinal foundations for the church as evidenced by their authoring of the New Testament. This is also why they are honored by having their names inscribed on the foundations of the New Jerusalem (Rev 21:14)!

A 5-Fold level prophet is one whose passion is to hear the fresh, rhema word from the Holy Spirit for the church; the kind of leader who regularly (and very naturally) spends extended periods of time in worship and listening prayer. The prophet longs to get fresh revelation that strategically guides the church, and this revelation often comes in the form of prophetic words, dreams, visions and the like. The prophetic office is key in discerning the specific will of God for a believing community in any given time or place.

Like apostles, this ministry has been deemed by many to have ceased since the Apostolic age. Many churches and movements were started by moves of the Holy Spirit, but eventually grew stale precisely because of the failure to recognize the prophet and the prophetic in their midst. But it is the prophets who discern the fresh wind of the Spirit and bring a holy flexibility to the Body, allowing the Church to flow with the Spirit and adapt to the changing times and seasons.

The evangelist’s passion is well known: he longs to share the gospel with as many as possible; to see people repent, receive the gift of eternal life, and make decisions to follow the Lord. The evangelist continually feels the urgency of saving people from eternal death and punishment. All other priorities are secondary.

He or she is the one who brings people in through the gate of the kingdom and, ideally, leaves them there for the others to equip and train, while he goes out to win more souls. This minister is listed first after the apostle and prophet—before the pastor and teacher—because without him the 5-Fold team will not have many saints to equip! As with the others, the gift of the 5-Fold level evangelist tends to equip by reproducing a passion and ability to effectively evangelize.

A 5-Fold Pastor is one who longs to serve and care for God’s people, and is the key figure in any local congregation. Like a good shepherd he or she is always on the lookout for his flock; seeking to protect them from the wolves and minister to their deepest needs (John 10).

In contrast to the apostle and prophet, this ministry has not only endured the test of time, but has become the only office of equipping authority. Yet, Ephesians 4 paints a different picture, one in which the pastor is only one part of a 5-Fold ministry team, and may not be in the position of highest authority over the congregation(s). In fact we believe that a sign of a healthy congregation is one where the load of both spiritual and practical responsibility is shared among leaders. Failure to discern and put the 5-fold ministry into practice can result in two problems:

The placing of a man or woman in the role of pastor when in fact he or she is not a true pastor, but more of a teacher, evangelist, apostle, or prophet. Many in the Body have suffered from a lack of genuine pastoral care because of this failure.

The congregation’s demands on the pastor’s personal time and energy can exceed the capacity of a single person, and conversely, many pastors succumb to the temptation of trying to meet all the needs of the congregation single handedly.

A teacher’s passion is “Truth.” He wants nothing more than to open the Word of God, teaching the saints the fundamentals and mysteries of the Biblical revelation. All of the 5-fold ministers must spend time in devotion and study of the word, but the fruit of the teacher’s study naturally overflows to “teaching, rebuking, correcting and training in righteousness.” (2 Tim 3:16) While many may have a gift of teaching, the 5-fold level teacher is one whose teaching equips other teachers; he has a systematic command of the Scriptures, “rightly dividing the word of truth” (2 Tim 2:15) in a holistic, balanced way that brings many to maturity.

In the New Covenant scriptures, teachers are held to the highest of standards and will be judged more strictly (James 3:1). Therefore, teachers should be given to diligent study in all matters of faith, doctrine, and Biblical history whether teaching children or adults.

Rarely is it the case that a 5-fold minister’s gifting is solely in one sphere. The great benefit of 5-fold ministry lies in understanding the dynamic of teamwork—that no man is sufficient in himself to manifest the fullness of the person of Yeshua represented in these 5 spheres. If we are diligent to study, pray, and seek the Lord—thus discerning these ministry gifts—the Ecclesia can become more and more effective in its calling to bring the full revelation of Yeshua to this earth.

Lastly, a word about apostolic character: in perhaps the most detailed description of his apostolic ministry in the New Testament, the Apostle Paul writes:

9For I think that God has displayed us, the apostles, last, as men condemned to death; for we have been made a spectacle to the world, both to angels and to men. 10 We are fools for Christ’s sake, but you are wise in Christ! We are weak, but you are strong! You are distinguished, but we are dishonored! 11 To the present hour we both hunger and thirst, and we are poorly clothed, and beaten, and homeless. 12 And we labor, working with our own hands. Being reviled, we bless; being persecuted, we endure; 13 being defamed, we entreat. We have been made as the filth of the world, the offscouring of all things until now. (1 Cor 4:9-13)

True, apostolic, 5-fold ministry is not an invitation to a glamorous lifestyle, or one in which many will honor you. True 5-fold ministers are those who rejoice in their disciples outdoing them and getting all the recognition; those who are willing to follow Yeshua’s example of leadership, even to the cross!

As an apostolic team we at Raviv’France (A Branch of Revive Israel) exhibit a variety of passions, giftings, and callings among our staff and volunteers. This variety makes us more effective and keeps us in balance. We believe in an attitude of “people before projects” and therefore as a team, we are always encouraging mutual growth and accountability in our personal lives as well as in ministry. This reflects our vision for the training and equipping of this generation to build the local body of Messiah, and be sent to the nations.